19. WARNING - THE CONSECRATION OF RUSSIA REQUESTED BY OUR LADY NEVER HAPPENED! 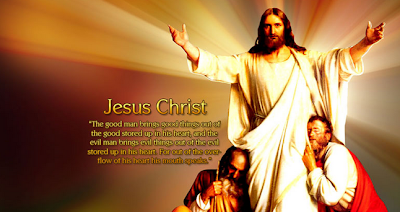 The Catholic Church is not corrupt, but there has occurred strong, infiltrative corruption.  Remember, since 1732 through Pope Pius XI in the 1930s, every Pope issued encyclicals of strong condemnations against Freemasonry.  By 1832, the Pope at that time already recognized a degree of Freemason infiltration into the European Church.  In Vatican II, Protestantism, leftist socialist Judaism and Freemasonry worked together to alter Catholicism.

It’s true that many Bishops, Cardinals, Priests in the Catholic church were and are Freemasons. I would not try to provide a proof for all. It is suggested each one does his own research on the subject as one entire life would not be sufficient to understand the conspiracy.
I would link to a book which will throw some light on this matter and might be a starting point for some. This is a very important booklet which describes how the systematic destruction of the Catholic Church was planned.

The full text of the Permanent Instruction of the Alta Vendita is also contained in Msgr. George E. Dillon’s book, Grand Orient Freemasonry Unmasked.
More revealing facts are also in the following link:

http://www.freemasonrywatch.org/alta_vendita.html. Alternatively, a hard copy of this book is available on Amazon.com


Peace will not be upon us and the havocs of the evil one will continue to be spawn everywhere. The circle of evils is still pretty much all around us and shall continue unless Russia is consecrated to the Immaculate Heart of Mary.
But was the consecration of Russia fully or just partially done according to the request of the Blessed Mother?

Sister Lucia link: "Yes, Yes, Yes. The consecration was already partially done. Pope Pius XII made it in 1942, On October 31st ... but it lacked the union with all of the Bishops of the world, which Pope John Paul II, finally manage to unite in 1984."

Yet the consecration by Pope John Paul II as previously done earlier by Pope Pius XII was for the whole world and not for Russia as requested by the Blessed Mary. The request was specific - Russia.

What is preventing the full consecration of Russia? Read Post #17 Beware! How the Church Enemies Organized Effort to Infiltrate and Destroy the Catholic Church.

Some Wise Words from Father Gruner  by Christopher A. FerraraFollowing the election of Pope Francis, there was a rush to judgment by many, even before the new pontificate got underway. Father Gruner, in his customary way, urges us to wait and see how Pope Francis conducts himself before assuming that he will be unfavorable to Catholic Tradition and liturgy.

The New Pope, the Church and the Consecration
In a wide-ranging interview with Father Gruner after his return from the conclave in Rome, Father offers us his frank assessment of the condition of the Church at the present time and why it was important for Our Lady’s Apostolate to be present in Rome prior to the start of the conclave.

Archbishop Bergoglio (Pope Francis) Writes to the Fatima Center
The Fatima Center writes regularly to all the Catholic bishops of the world, reminding them of Our Lady of Fatima’s request for the Consecration of Russia and the crucial role they play in salvation history. When Pope Francis was Archbishop of Buenos Aires, he graciously responded to our letters. We reprint his response here.


ROME
When journalists look back at the important pieces of work we've produced, we typically ask two sorts of questions:

The Impending Great Chastisement
Revealed in the Third Secret of Fatima

by Father Paul Kramer, B.Ph., S.T.B., M.Div., S.T.L. (Cand.)
The Message of Fatima, and in particular the Third Secret reveals The Great Chastisement by which God will punish the whole world for the crimes of sinful humanity if people do not repent and stop offending God. On October 13, 1917 at Fatima, in the moment before the great Miracle of the Sun, the Blessed Virgin said, "People must amend their lives and ask pardon for their sins. They must not offend Our Lord any more for He is already too much offended." Read more here (link)

Also you may want to read Information on Third Secret of Fatima and The Ratzinger Report An Exclusive Interview on the State of the Church
Consequences of the Disobedience
to the Mother of Salvation -
Her Request to Consecrate Russia
has not yet Been Carried Out! 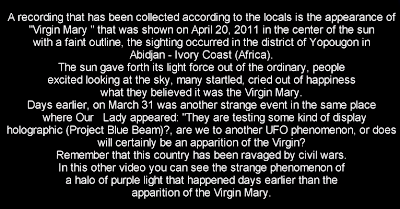 Mark 14:41
And he cometh the third time, and saith to them: Sleep ye now, and   take your rest. It is enough: the hour is come: behold the Son of man shall be betrayed into the hands of sinners.

Apocalypse (Revelation) 14:15
And another angel came out from the temple crying with a loud voice to him that sat upon the cloud: Thrust in thy sickle, and reap, because the hour is come to reap: for the harvest of the earth is ripe.

Once more Jesus is once again betrayed by the enemies of his church within arm-length of his people inside the Vatican - the very church He founded and commission to spread the goods news. It is the heresy that is once more being spawn to destroy the tree of life.

Now the hour is fast coming for the army of the devil has already penetrated the walls of the very church of God and now walking in its corridors ready to harvest with thy sickle.

But in the end God will win. For no forces of all evil shall prevail against his people and Jesus will once again be glorified now and forever.

John 12:23
But Jesus answered them, saying: The hour is come, that the Son of man should be glorified. 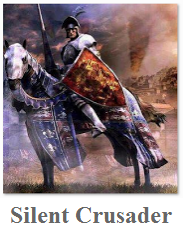 We must continue the fight whatever it takes.
We are the army of God.
Posted by Unknown at 1:48 PM