9. ARE YOU SOWING GOOD SEED OR WEEDS AMONG YOUR BROTHERS?

"The Parable of the Weeds"
Matthew 13:24-30 Jesus told them another parable: "The kingdom of heaven is like a man who sowed good seed in his field. But while everyone was sleeping, his enemy came and sowed weeds among the wheat, and went away. When the wheat sprouted and formed and formed heads, then the weeds also appeared." "The owner's servants came to him and said, 'Sir, didn't you sow good seed in your field? Where then did the weeds come from?' 'An enemy did this,' he replied. The servants asked him, 'Do you want us to go and pull them up?' 'No,' he answered, 'because while you are pulling the weeds, you may root up the wheat with them. Let both grow together until the harvest. At that time I will tell the harvesters; First collect the weeds and tie them in bundles to be burned; then gather the wheat and bring it into my barn.' "
When you sow good seeds you shall have good harvest. What you plant is what you get. Bad seeds will never grow good fruit trees. Good news is different from gossips. When you speak ill of others it reflects on your personality because it will show what kind of a person you are. But if you speak good it gives happiness to the receiver and the recipient.


"The Parable of the Weeds Explained"

Matthew 13:36-43 Then he left the crowd and went into the house. His disciples came to him and said, "Explain to us the the parable of the weeds in the field." He answered, "The one who sowed the good see is the Son of Man, the field is the world, and the good seed stands for the sons of the kingdom. The weeds are the sons of the evil one and the enemy who sows them is the devil. The harvest is the end of the age, and the harvesters are angels."As the weeds are pulled up and burned in the fire, so it will be at the end of the age. The Son of Man will send out his angels, and they will weed out of his kingdom everything that causes sin and all who do evil. They will throw them into the fiery furnace, where there will be weeping and gnashing of teeth. Then the righteous will shine like the sun in the kingdom of their Father. He who has ears, let them hear.

Jesus always says: "the Son of Man" - Jesus is the Son and the Man is the God the Father who became Man as Jesus (The Mystery of the Holy Trinity). Yet the evil one is so cunning that he had confused many lying to them that Jesus is just a man that was sent by God the Father, that he was merely God the father's plan to create a man and send him as Messiah or Jesus the Christ to act on His behalf to save mankind for Him. Satan also told lied to others that this man Jesus is just merely a prophet not God the Son. This is one error that has been sown and continued to be sown in the minds and hearts of many to continue deceive them and waylaid them away from the truth.

If one is an iron untreated with anti-rust and continued to be soaked under water of unbelief of the Holy Trinity and the Divinity of Jesus Christ, this one untreated iron (an unbaptized as Catholic spiritually in heart, body and soul) will become contaminated with rust (errors of the devil) and soon will rust into oblivion from the stained errors being sown by the evil one thru the use of pastors, ministers and imams. His whole being will be so rusted that it will be very hard to de rust especially if he/she has a closed heart and mind. It will take a lot of effort from that someone to indoctrinate oneself of the many years of error-filled belief.

There are enemies within as well. Judas Iscariot himself was one of the original of the Twelve Apostles. He ate with Jesus, he slept with Jesus, he was with Jesus during the years of Jesus ministry and yet he was so rusted within that he betrayed his Lord and Master.

They are the rusts sent by the evil one to contaminate the whole Catholic Church but since the church is filled and guided by the Holy Spirit even the gates of hell will not prevail as Jesus said.

So what does it mean when Jesus said "hell will not prevail?" Does it mean that the Catholic Church is an apostatized one after John the Beloved, the last Apostle died from the one that Jesus founded on Peter the Rock? Does it mean that when people founded their own church and claimed it that theirs is the true church of Christ? If this is so then Jesus lied when he said "not even the gates of hell will prevail". So did Jesus lied to Peter when that to you Peter upon this rock I shall build my church?

The Catholic Church will continue to sow wheat for many to enjoy a good life filled with God's love, peace, humility, compassion, charity, and good deeds while the enemy will continue to destroy them by sowing weeds in the minds and heart of many. The field is vast (the world) that many will be affected and will live a life of errors.

How can a son be not flesh and blood of the father? Unless the child is adapted. Jesus is the flesh and blood of God the Father. But several man-made and founded churches are proponents and continue to promote this heresy for whatever purpose only the founder know.

We can look at this in two ways:

As Jesus explained in his parable, the enemy mentioned Satan - the weeds sower, the author of sins and errors, the father of all lies. You discern within your heart and judge if you are in God's church or under the man founded churches. It will be helpful to discern if you read this blog from the 1st posting. I am putting them all in sequence in the order they are posted and there is reason for doing this.

The mind is the favorite playground of the devil. And when you love to sin or commit errors it is like singing Frank Sinatra's song "My Way" over and over again.  There are two choices God gave us: The Way the Truth and the Life to Heaven or the perdition road full of lies, sodomy, fornications and sins to Hell. Salvation or damnation? Your choice.

Anyone that are outside the one, holy, catholic and apostolic church founded by Jesus Christ are the weeds that the enemy of Jesus sown. Any church founded by man and not by Jesus belongs to the weeds. At the harvest season the weeds will be tied in bundles by the angels of God and will be burned. Anyone who apostatized oneself from Jesus takes the risk of becoming weeds that will be separated from the wheat and be burned. But God is a forgiving God but you have to chose to be forgiven and live a life according to His will not yours. And when you repent to have live under His fold. If you remain in the same followings chances are you will return to the same error-filled belief and your mind and heart shall be clouded again. Remember birds of the same feathers flock together. My father used to tell me - "tell me who your friends are and I will tell you who you are."

Anyone who does, speaks and acts and knows what he is going to say or do or write will be the TRUTH that is GOOD and that it will be USEFUL to anyone, by the Grace of God, he is free to do so because it is the will of God and it will be good for his/her Brethren.
Matthew 25:45 Then he shall answer them, saying: Amen I say to you, as long as you did it not to one of these least, neither did you do it to me..'

But if the purpose is the opposite especially with hidden agenda and somehow the purpose is to seek and sow evil and to destroy anyone by killing someone's dignity, one is better off keeping his silence. Therefore speaks of no evil and let no one hear no evil otherwise you will be offending our Lord our God. And what is offensive to him is a sin regardless small or grievous and therefore the act against God's will is an advocacy of the one who wants to destroy everything that God Almighty has created." 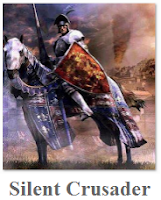 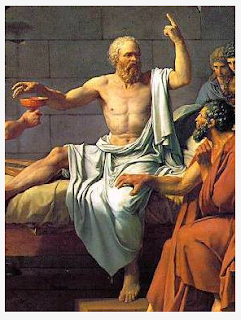 I Can't Believe It
In ancient Greece (469-399 BC), Socrates was widely lauded for his wisdom. One day the great philosopher came upon an acquaintance who ran up to him excitedly and said, "Socrates, do you know what I just heard about one of your students?"

"Wait a moment," Socrates replied. "Before you tell me I'd like you to pass a little test. It's called the Test of Three."

"That's right," Socrates continued. "Before you talk to me about my student let's take a moment to test what you're going to say. The first test is Truth. Have you made absolutely sure that what you are about to tell me is true?"

No," the man said, "actually I just heard about It."

"All right," said Socrates. "So you don't really know if it's true or not. Now let's try the second test, the test of Goodness. Is what you are about to tell me about my student something good?"

"So," Socrates continued, "you want to tell me something bad about him even though you're not certain it's true?"

The man shrugged, a little embarrassed.

Socrates continued. "You may still pass though, because there is a third test - the filter of Usefulness. Is what you want to tell me about my student going to be useful to me?"

"Well," concluded Socrates, "if what you want to tell me is neither True nor Good nor even Useful, why tell it to me at all?"