Once Upon A Time In 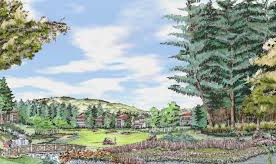 There was a simple modest and yet beautiful home up in a hill overlooking the city. In the center of the city was a beautiful theme park similar to the Disneyland of today that is so illuminated especially during the night where it could be seen from far away.

The house was built of woods and logs. Outside the house was a huge playground and around it were vegetation and all kinds of fruit trees. Flower plants of all kinds also abound within and everywhere. It was such a peaceful place that anyone family would dream to be.

Food was never a problem. Everything that is needed the Father of the family has already provided them all inside the huge property.

One day the Father called all his children and his household staff and commanded: "You have everything that you may need to live happy and fruitful in this house but you may not leave and venture outside the gate of this land." 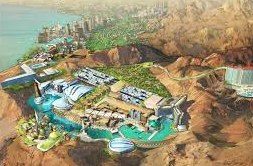 One of the children got curious and asked the father: “Father I can see over the hills is the city with flickering lights, how I can go and enjoy the city when you forbid us to go out of the gate?”

Then the father said: “Son you already have everything that you may need in life, why is it that you still want more? Are you not happy with what you have now?”

One night the son was at the gate looking towards the city. He marveled at the sight. His eyes can only are see the wonders of what the world can give and in his mind he wants to explore and find out for himself what the city is all about. His heart is now full of things but most of all doubt on what his father had told everyone.

One day, unknown to the son, the father was watching him with loneliness in his eyes seeing the gate opened and closed behind him.
To the son’s surprised, right after he closed the gate, the world around him changed. He can no longer see the gate nor the huge property but most of all the house of his father. The city was gone and he found himself in a world that is dark. Gone were the beautiful plants and all he see are dried or dead trees and weeds that cut his skin. The place he is in now is a dead place and he can hear sounds that are coming from hell. 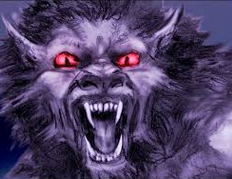 He sees animals around that are ready to devour him with gnashing teeth. He sees fires and lava flowing all around him. Huge and ugly animals with the devilish horns watching him with dark but fiery eyes that perch even his soul.

Then realizing his disobedience to his father’s commandment, he begun to regret what he did. He finally realized what can be seen by the eyes can be deceiving. He listened with his mind not with his heart. He wanted to see and prove to himself that there is a better life outside his father’s realm. But he was wrong. He already has everything but he simply just wanted more of the world.

He was a young boy and yet he looked like a grown old man tired, emaciated and destitute. Death is almost upon him. He is now desperately searching for his way home. 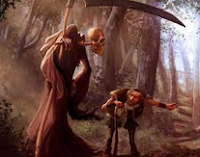 But it was never too late. He found hope remembering the paradise that his father built for his children and his people. He wanted to go back home to his father. But how can he do that. The gate is gone.

Then he remember what his father taught him - "Seek and you will find" "Knock and the door will open" "Pray for forgiveness and you shall be forgiven" "Use your heart not your mind"."Pray the rosary". Then it hits his mind that he has a rosary hanging in his neck and took it promptly and started to pray.

He knelt down and offered all his shortcomings and failures, his disobedience and surrendered back his free will to his Father. He prayed to the Blessed Mother for intercession.

To his amazement while praying he felt he was the young boy again. He thank his Father for hearing his prayers.

He knew his prayers were answered. Then suddenly the sky became blue once again. The trees and plants were blooming and he can hear the singing of the birds around. In his mind he thought how lucky the birds really are. And he looked at the birds in the sky, he now knows they do not sow or reap, they don't gather anything and yet they never get hungry nor thirsty for everything they need is all around them.

As he stood up, he saw the gate was right in front of him again and promptly without hesitation opened it and ran towards his home. His father was still at the porch of the house waiting and watching for him to return and as he ran back, this time his father's eyes were gleaming with joy and happiness for his son was lost and now he is backed.

Luke 15:24 Because this my son was dead, and is come to life again: was lost, and is found. And they began to be merry. 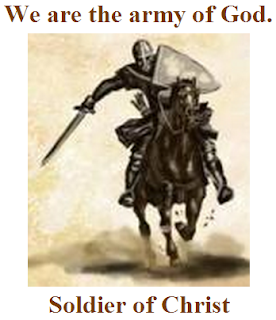