62. THE TRIUMPH OF THE CROSS

THE TRIUMPH OF THE CROSS
By Rev. Fr. Abe P. Arganiosa

An article published in Parish Bulletin for the Month of September 2015.
Every 14th of September we celebrate the Feast of the Triumph of the Cross which is important for its historical significance.

After Constantine assumed the imperial throne the persecution of Catholics ended. The Church was recognized as one of the authorized religions and the baptized became free to practice the faith; no longer threatened by imprisonment and tortures, such as being fed to the lions, beheaded or burned alive at the stake.

The Pagan Rome was finally defeated by the Blood of the Martyrs and the Miracle of the Cross. This occurred prior to the Battle of Melvian Bridge, wherein Constantine saw the image of a shining Cross on the sky with inscription: ‘In hoc signo vinces’ [By this sign thou shalt conquer]. He ordered that crosses be put on soldiers’ shields and armors and eventually he won over Maxentius and reunified the Empire. 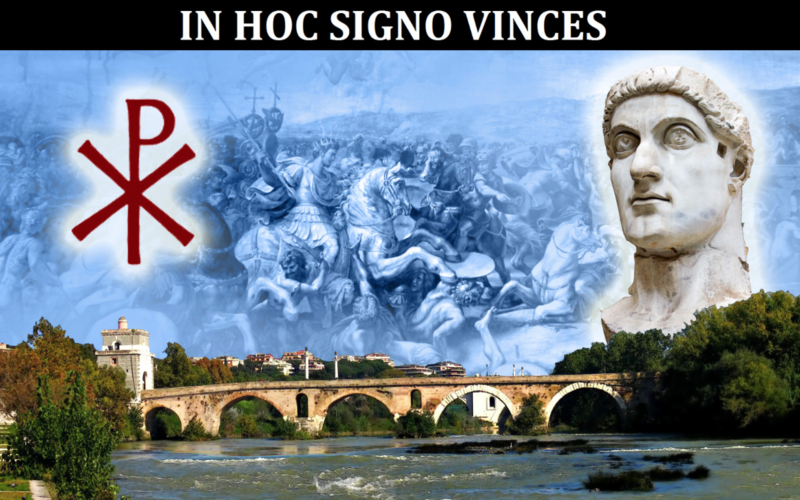 As an act of gratitude to the Lord Jesus, his pious mother St. Helena, went to Jerusalem and searched for the true Cross. When it was found, the Emperor himself rushed to pay homage, walking barefooted and kissing it with reverence. By such an act Jesus was hailed the Victorious King over the pagan persecutors. For two millennia since then until the fall of the Berlin Wall in Eastern Europe the Cross shines as beacon of Hope for the Church: Christus vincit, Christus regnat, Christus imperat! [Christ Jesus Victor, Christ Jesus Ruler, Christ Jesus Lord and Redeemer!]

Moreover, this Feast is important for doctrinal reasons as well. For us Catholics the one who died on the Cross is no ordinary human being but God incarnate: “Who being in the form of God, thought it not robbery to be equal with God: But emptied himself, taking the form of a servant, being made in the likeness of men, and in habit found as a man. He humbled himself, becoming obedient unto death, even to the death of the cross.” [Philippians 2:6-8 DRB].

The Cross then gave us the ultimate Sacrifice of Jesus our God; for that it depicts ‘the greatest love of all’. It measured the love of God for us and it was absolute and total oblation. By His death on the Cross the Lord Jesus gave us the victory in the ultimate War of all: The Triumph over Satan, Sin and Death all at once in single masterstroke [Revelation 12:11 "And they overcame him by the blood of the Lamb, and by the word of the testimony, and they loved not their lives unto death."].

Evil was vanquished by Good, Pride was shattered by Humility and Rebellion was corrected by Obedience of the Paschal Lamb [Revelation 5:5-6 "And one of the ancients said to me: Weep not; behold the lion of the tribe of Juda, the root of David, hath prevailed to open the book, and to loose the seven seals thereof. And I saw: and behold in the midst of the throne and of the four living creatures, and in the midst of the ancients, a Lamb standing as it were slain, having seven horns and seven eyes: which are the seven Spirits of God, sent forth into all the earth."]. Because the Lord saved us through the Cross [Collossians 1:20 "And through him to reconcile all things unto himself, making peace through the blood of his cross, both as to the things that are on earth, and the things that are in heaven."] it has become for us the very emblem of Salvation [Ephesians 2:16 "And might reconcile both to God in one body by the cross, killing the enmities in himself."].

Thus, we refer to the Cross as the Tree of Life whose fruit is everlasting life: “for behold, because of the wood of a tree joy has come to the whole world” we declare on Good Friday. Then three times our Priest raises the Crucifix on high while singing: “This is the wood of the Cross on which is hung our Salvation. O come let us adore” and the congregation responses with kneeling, an act of Latria [Adoration] to the God who was crucified for our sins [Hebrews 12:2 "Looking on Jesus, the author and finisher of faith, who having joy set before him, endured the cross, despising the shame, and now sitteth on the right hand of the throne of God."].

This solemn and touching Exultation of the Cross every Good Friday and the annual celebration of this Feast of the Triumph of the Cross are actually the fulfillment of the Divine Prophecy given by the Lord Himself: "And I, if I be lifted up from the earth, will draw all things to myself" [John 12:32] and ‘...They shall look on him whom they pierced’ [John 19:37]. Thus, we behold the Cross of the Lord Jesus day after day on top of our Church and we have placed it prominently in each of our altars. We seal our bodies with it and all prayers begins and ends by its sign. Together with St. Paul we declare: “God forbid that I should glory, save in the cross of our Lord Jesus Christ: by whom the world is crucified to me, and I to the world” [Galatians 6:14].

Posted by Unknown at 8:20 PM No comments: